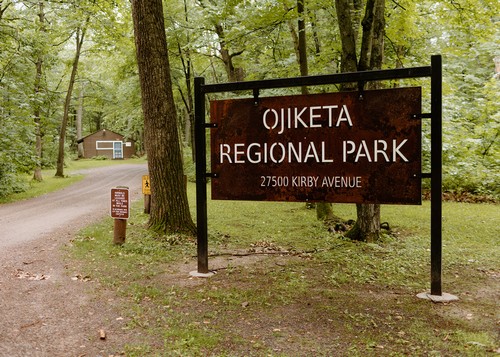 The Ojiketa Preservation Society continues Camp Fire’s impact in the Twin Cities region long after the camp it is named after closed.

In 1926, the St. Paul Council of Camp Fire Girls opened Camp Ojiketa in Chisago City, Minnesota, on the shores of Green Lake. The summer camp hosted Camp Fire girls (and boys, too, starting in 1977) from the surrounding area for 79 years until it closed in 2005. More than 150 Camp Ojiketa alumni gathered in the summer of 2006 for what they assumed would be a final reunion at the former campgrounds. That was where the seed for the Ojiketa Preservation Society was planted.

After that reunion, a group of former Ojiketa campers stayed in touch via email and began discussing how they could keep the spirit of Ojiketa alive and advocate for the land itself, which was being put up for sale. They didn’t want to see it become a housing development like Camp Cheewin, the neighboring Camp Fire camp that hosted younger campers between 1954 and 1995.

In the summer of 2007, a small but passionate group met at Alice Magnuson’s cabin to strategize; they continued to meet that fall, when The Ojiketa Preservation Society (OPS) was officially born. The team rallied alumni from all over the country while meeting with local politicians and staying in the loop with Camp Fire leadership.

“After 30 or so years of not really seeing Ojiketa campers, they came out of the woodwork to try to see what we could do to help preserve this very special place,” remembered Alice.

Two of the things Julie Redpath, former camper and current OPS member, said she learned at Ojiketa was to “walk gently and respectfully on the earth” and “leave it better than it was.” The lessons the camp taught came back to save it in the end.

“Ojiketa has always been a place I feel safe,” said Amy Wood, the youngest member of OPS and its bridge to younger alumni. “It was important to me that Ojiketa, the property, remain a place people could enjoy exploring, sharing with friends and a place to find solitude.”

While developers were making offers for the land, OPS kicked into high gear. They were hatching  a plan of their own: Bring together private donors, city funds and public land bills to preserve the camp as a regional park.

“I worked for the Minnesota DNR at the time of the sale process and was able to keep an eye on funding bills,” said Julie. “I attend and testified at funding committee hearings and rallied the troops when support was needed at the legislature.”

“I believe that being a part of OPS and helping to acquire the land as a Regional Park is one of the more important things that I’ve done in my lifetime,” said Margy Ingram, the first OPS treasurer. “I am so proud of all of us!”

OPS now operates a Camp Ojiketa Heritage Center at the park  featuring Camp Fire memorabilia — and the memories of so many former campers like themselves.

“Saving Ojiketa was like saving part of myself,” said Nancy Nissen, the current treasurer for the Ojiketa Preservation Society. “So many friendships started here; so many memories were created; there is so much beauty to share with everyone.”

Some favorite memories from Camp Ojiketa: