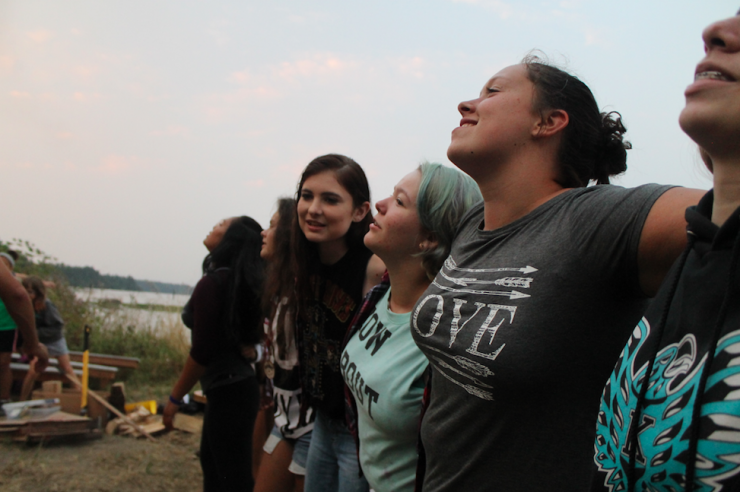 Can you feel it? In the past several years, our culture seems to have hit new highs…or lows…when it comes to division, hostility, and opposition.

While we see constant conflict take its toll globally, we also know how interpersonal problems can do serious damage in our kids’ and teens’ lives. From bullying to academic trouble to depression, conflict on a micro-scale quickly causes big problems.

That’s why Camp Fire has been working on a comprehensive Conflict Resolution curriculum, launching nationwide in early 2018. It began in partnership with the University of Kansas School of Social Work in 2011. Working with 11 underserved schools in the Kansas City district, Camp Fire Heartland collaborated with educators, counselors, kids, and parents to develop super-useable conflict resolution tools. The response has been overwhelmingly positive.

The curriculum helps kids build their peacemaking skills on individual, interpersonal and community levels. The program is tailored for three age groups (K-1st grade, 2nd-3rd grade and 4th-6th grade). The curriculum is split into a series of 45 to 60-minute modules (on topics like communication styles, negotiation and respect) that work in both camp and classroom settings. 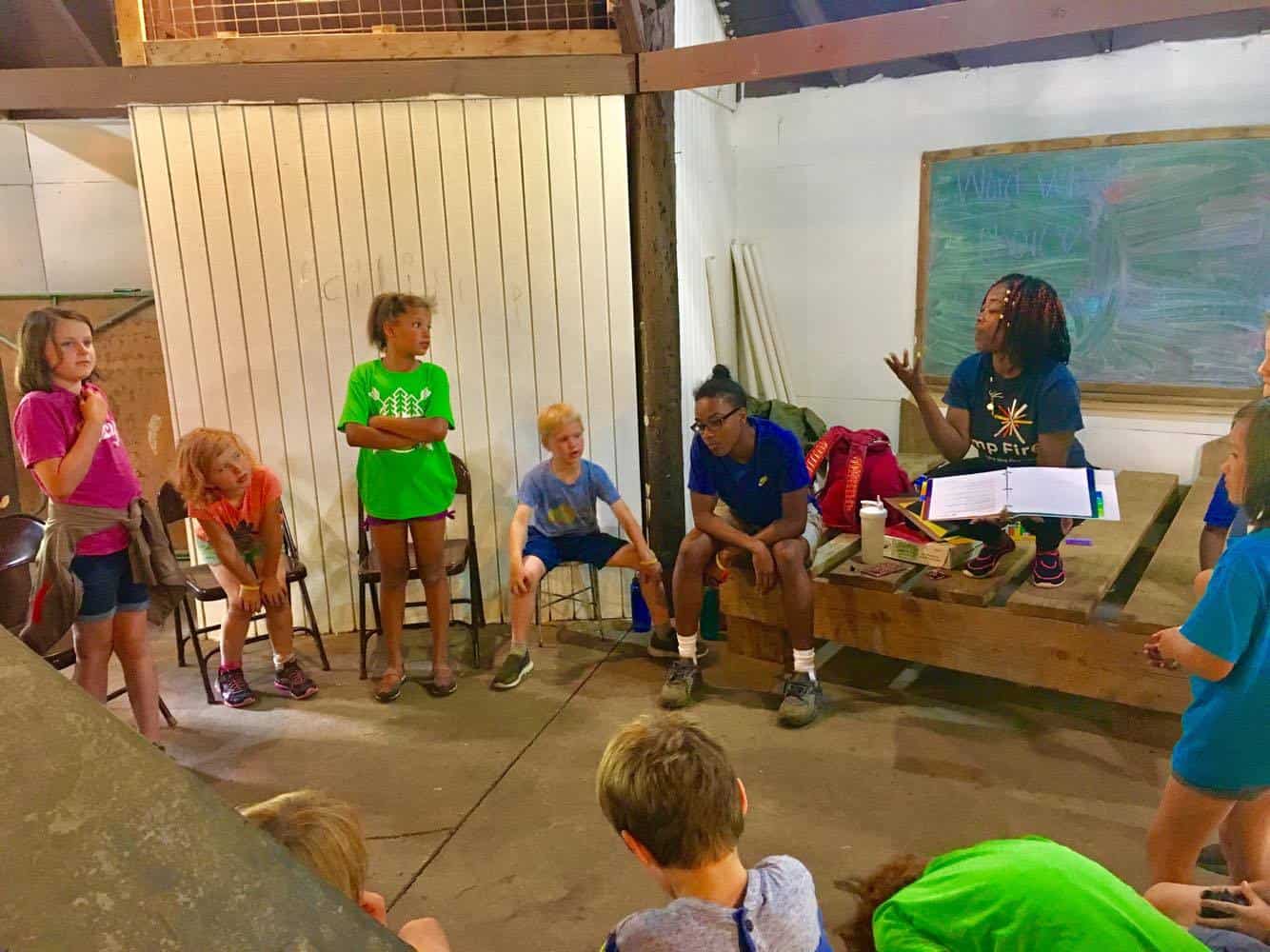 “The program gives them a clear outlet to talk about their feelings,” Kayla says. “It helps them ask, ‘What is making me feel that emotion?’ It gives them a way to think differently and think collectively as a group.”

Kayla says most kids can tell you if they are mad, happy or sad. But learning to differentiate between more complex emotions—frustration, anxiety, disappointment—can help them manage and communicate their feelings better. 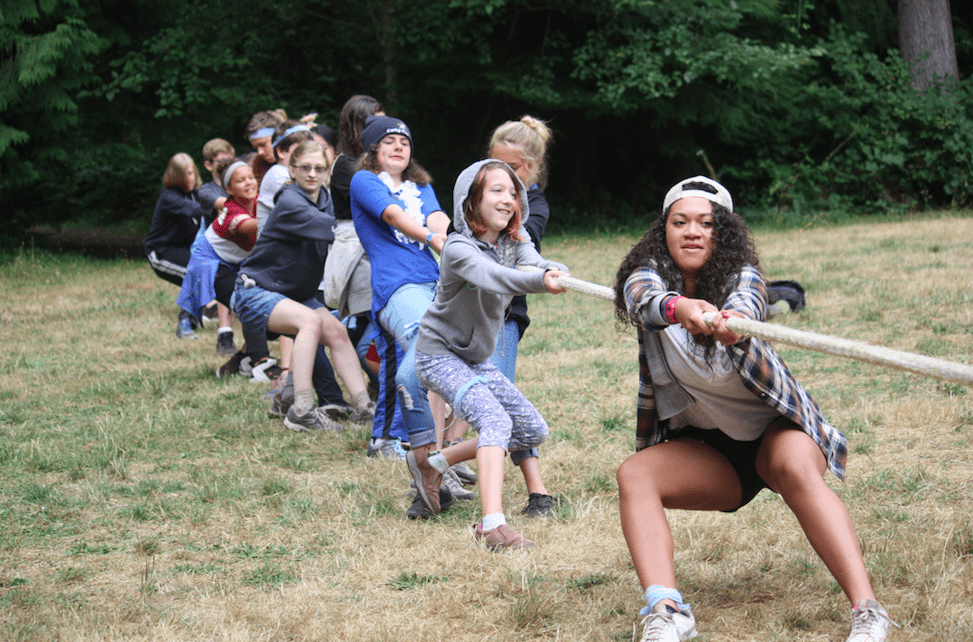 “Being able to identify the emotion—it starts there,” Kayla says. “Then they can figure out what’s really going on.”

For example, Kayla says, if a youth can differentiate between being mad and being anxious, they can also identify the cause of that anxiety, and what they can do about it. “If I’m feeling a little anxiety about a test, then I can ask myself what I can do to help with that anxiety: study, get some rest.”

The program helps kids manage their feelings and also communicate their emotions to others more effectively. That emotional intelligence can help mitigate childhood conflicts, especially intense ones like bullying.

As part of Camp Fire’s Thrive{ology} approach, the conflict resolution curriculum has already had an impact. When we measure kids’ belief in their ability to talk to someone they were “mad at” before taking part in Camp Fire’s programming, they rate their confidence much lower than other life skills. But early studies show that kids are self-reporting big leaps in their conflict-resolution confidence after a spring and summer of Camp Fire fun.

According to Camp Fire National Headquarter’s Program Consultant Nikki Roe Cropp, out of all the ‘Thriving Indicators’ we measure in youth, the skills they learn in Conflict Resolution has shown the greatest growth. This research makes it all the more exciting to be able to launch our tested Conflict Resolution curricula to the other 55 Camp Fire councils in the New Year.

Conflict resolution skills are endangered and transformative. Thanks for your support as we equip more youth to be proactive and learn to handle conflict in a healthy way! It’s a beautiful thing, and everyone wins. 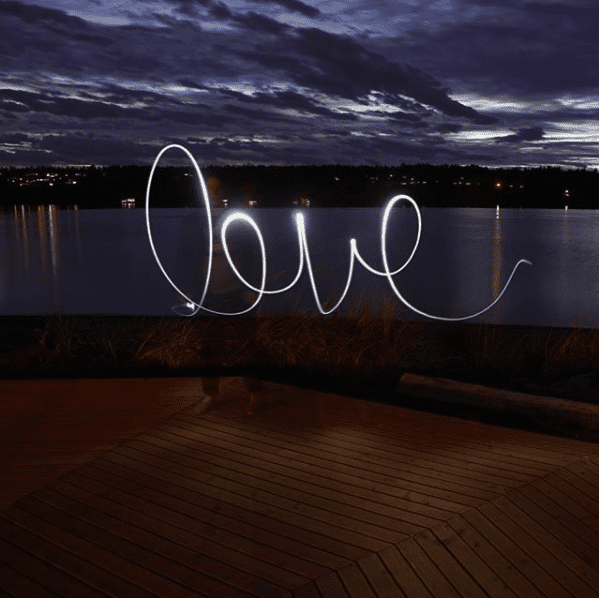 Find your local council and see if they will have this program available, or ask what other awesome programs they have going on!