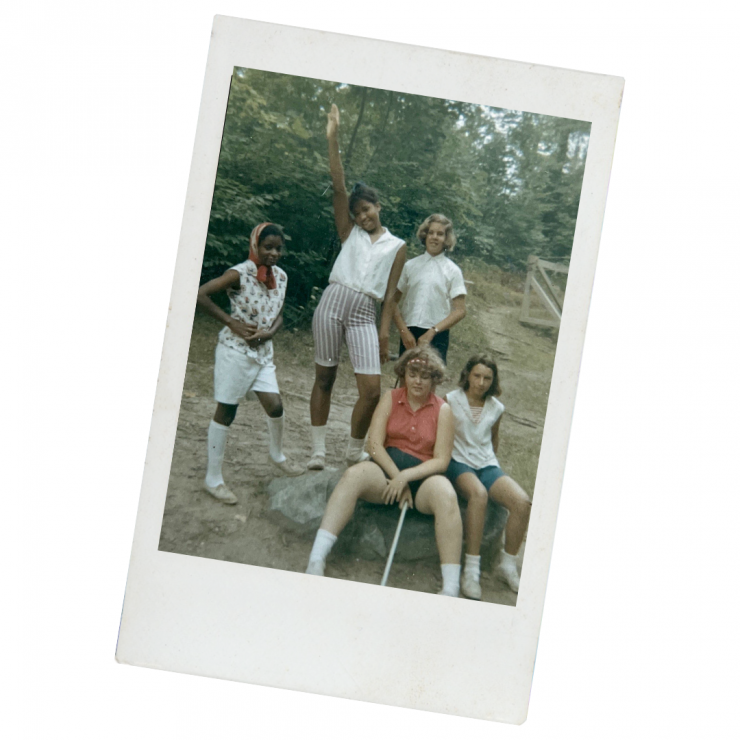 In 1909, Charlotte Gulick held a small summer camp for her daughters, three of their close friends, and a young woman with disabilities. There was no way she could have known that that first camp would grow into a movement that would survive two World Wars and three global pandemics; see women and other marginalized people win the right to vote; and help shape artists, activists, rock stars and rocket scientists.

The world was a much different place in those founding years, but so many of the values, goals, and outcomes of Camp Fire remain the same: More than 100 years later, we are still creating space for historically excluded young people; building social and emotional skills; facilitating developmental relationships and community building; and connecting young people to themselves, others, and the outdoors.

Throughout its history, Camp Fire has made a global impact by breaking boundaries and helping young people make a difference: 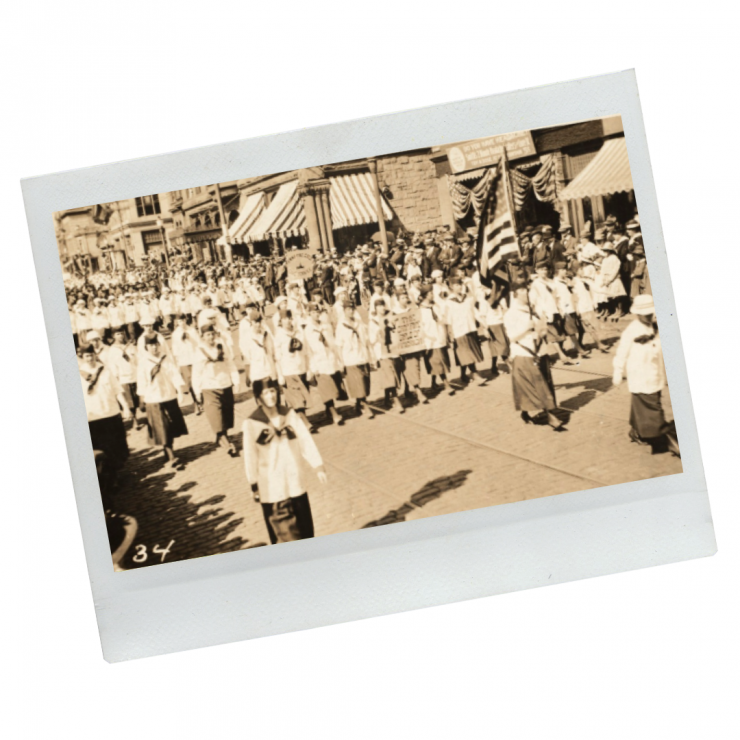 In 1910, that small camp became a semi-formal program. The concept of a youth organization that focused on girls’ experiences was immediately popular. As it was called then, Camp Fire Girls empowered young women and challenged gender roles in a fast-changing society. The organization worked to normalize young women learning skills outside of “traditional women’s work” and is even credited with helping popularize bloomers and pants as part of women’s fashion.

As early as 1914, Camp Fire recognized an increasing number of participants with disabilities and acted quickly to have many of our program materials translated into braille to increase access. 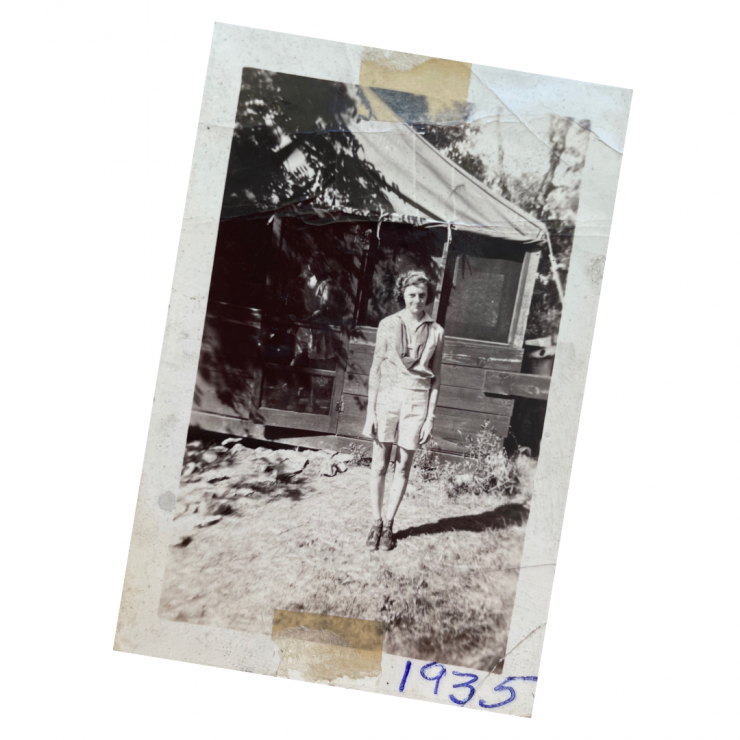 In 1943, the national council began exploring the concept we now call “privilege” and advocating for marginalized communities by adopting the following policy: “In our program of training girls for responsible citizenship, the problems of minority groups, whether race creed or economic status, must be recognized. Camp Fire should, through its program materials and group activities, train girls of the majority group to understand and respect the accomplishments, capacities, personal dignity, and socio-economic problems of minority groups within our country. It must strive to give girls of all minority groups an opportunity to participate fully in such character-building and recreational programs as ours…” 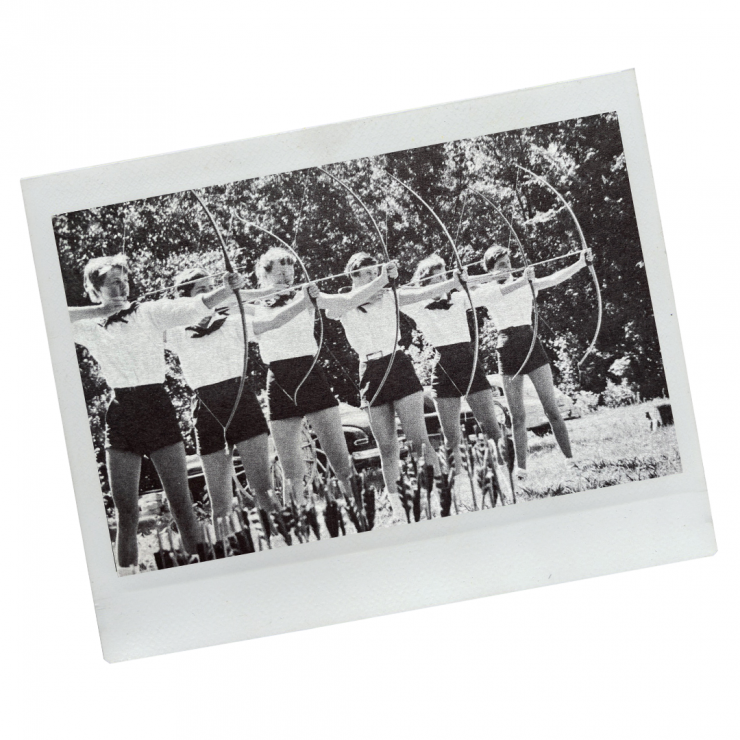 In 1952 a national committee on Intercultural Policies and Practices studied councils that had successfully integrated their clubs in order to provide guidance to councils who felt unsure about doing so in their local climates. In 1955 the committee released a pamphlet called “Opportunity for All” to help promote racial inclusiveness in all aspects of Camp Fire.

Also in 1952, the Camp Fire National office released a booklet titled “Services with and for Handicapped Children” to help leaders adapt programs for youth with disabilities. Camp Fire continued to partner with other organizations caring for and advocating on behalf of people with disabilities.

Throughout the 1950s and 60s, Martha Allen, the organization’s president, believed that Camp Fire was part of a larger ecosystem of social work, community building and support, health and recreation, and collective impact. This shift included even more efforts to include young women who had previously faced barriers to Camp Fire programs. Leadership, staff, and even volunteers were encouraged to be active and hold positions in other organizations within the social work ecosystem. 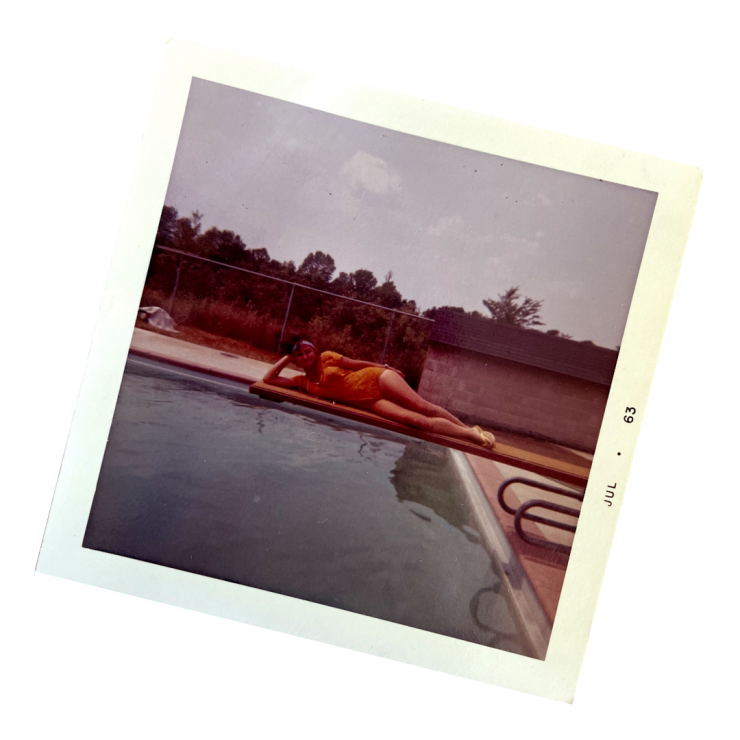 In 1964, Camp Fire Alaska, with the help of the National Camp Fire Friendship fund, purchased a truck and loaded it up to deliver supplies to Alaskan Native villages affected by an earthquake. They opened a day camp for displaced young people and helped 29 of those young women find permanent housing through adoption. This was just the beginning of a long-lasting relationship between Camp Fire Alaska and the Alaskan Native communities that continues to benefit both groups today.

Camp Fire has used youth voice in decision-making, evaluation, training, development, and youth leadership since its inception. In the 1940s, Camp Fire began offering Train-The-Trainer courses for folks to redistribute their knowledge and skills to their communities. In 1952, Camp Fire created the first official Counselor-In-Training program, then published that model to sell and share with other youth organizations in 1957. The organization hosted weekend seminars and retreats to teach college students extra job skills and youth development methods. 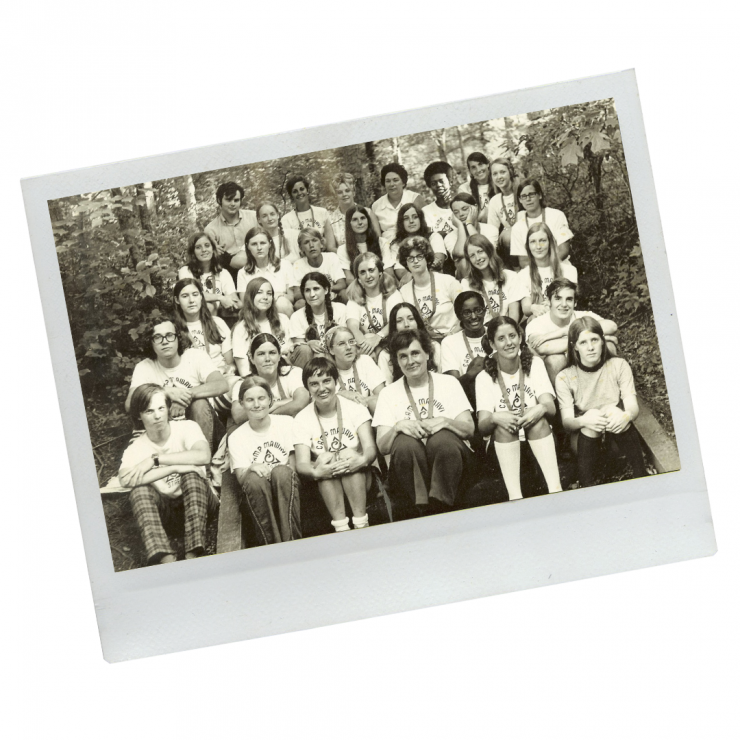 In 1965 while conducting research on the developmental needs of young Black and Brown people, riots erupted in the neighborhood where programs were happening. Camp Fire staff escorted young people through the sea of rioters and safely to their classes.

We believe a girl should be encouraged to have positive attitudes and an open-mindedness toward diversity and change;

We believe in providing girls with experiences to help them develop a responsible attitude toward society and to improve social conditions;

We believe as a girl grows to accept herself, she is better able to accept and love others;

We believe in experiences of all kinds for girls which stimulate curiosity, result in learning, provide renewal and adventure;

We believe in the preservation, development, and wise use of human and natural resources;

We believe in strengthening and exemplifying the highest standards of a free and democratic society, ever mindful of the need for equal opportunity and justice.

Recognizing that Camp Fire Girls has always maintained a policy of openness and acceptance of all adults and girls in its program and organization regardless of race, religious belief, or national origin, and recognizing the extraordinary conditions we find present in America today, we submit that our survival as individuals and as a society demands that Camp Fire Girls reaffirm this agency’s involvement in bringing about social change in areas of:  Elimination of prejudice on the basis of race, religious belief, or national origin;  Improvement of the environment;  Improvement of the methods used to cope with social ills;  Opportunity for individuals to influence decisions that affect their lives.” 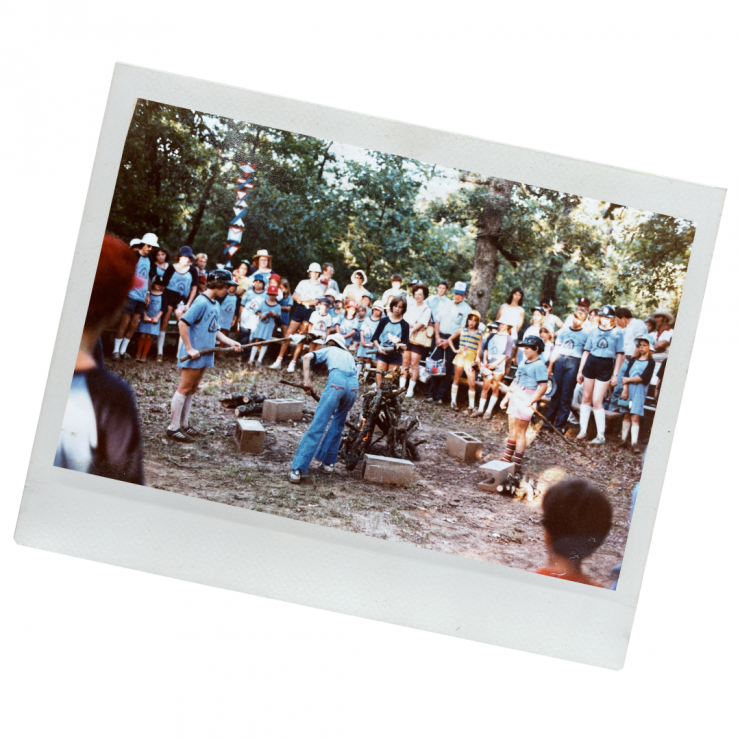 In 1973 Camp Fire successfully lobbied to decrease the legal age limit for young people serving on boards of directors in the state of New York, allowing young people to serve as board members.

In 1975, the movement renamed itself Camp Fire Boys and Girls, officially accepting boys into all programs nationally. Karen Barts, a national program director during this era, was quoted in the Los Angeles Times: “We concluded that boys and girls, men and women, were going to need to be able to relate as equals, to be caring, competent, confident people. And we also concluded that they were going to have to inter-relate as partners, not competitors, not as one being the boss over the other. So we changed our program to meet those needs.”

Also in the 1970s, minority, disability, and other specialty camps were introduced, and Camp Fire’s approach to behavioral issues shifted from punitive to rehabilitative. 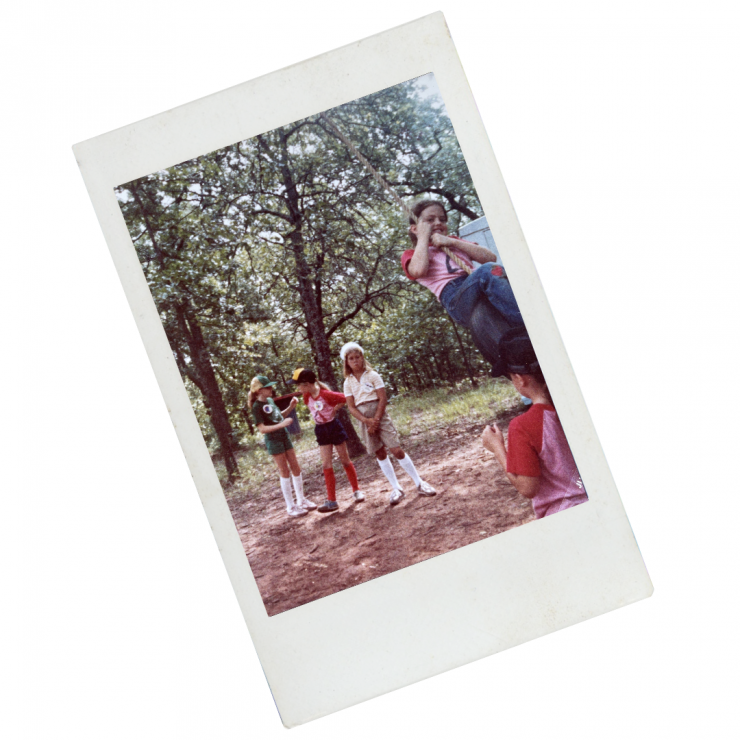 As a result of young peoples’ passion to educate and bring awareness to the HIV and AIDS epidemic, Camp Fire added sexual orientation to its statement of inclusion in 1993. Groups of young people wrote speeches and plays to educate their peers on HIV/AIDS, some even touring the country to perform at schools and other organizations.

In 2019, we began work to expand our statement of inclusion, which has some familiar language from our past: Camp Fire believes in the dignity and the intrinsic worth of every human being. We welcome, affirm, and support young people and adults of all abilities and disabilities, experiences, races, ethnicities, socio-economic backgrounds, sexual orientations, gender identities and expressions, religion and non-religion, citizenship and immigration status, and any other category people use to define themselves or others. We strive to create safe and inclusive environments that celebrate diversity and foster positive relationships.

Camp Fire’s boundary-breaking work continues today, as those who came before us predicted.

In 1960, as Camp Fire celebrated 50 years, the authors of the first Camp Fire history book wrote in conclusion, “It is said that the future belongs to that which can change and grow. Camp Fire Girls has provided its creativity, its flexibility, its adaptability, and its ability to grow. Now it must prove it can grow even more to meet a growing, changing world. It has many unfinished goals toward which it will continue to strive.“

Today, in uncertain times of social action, global warming, water crisis, and political unrest, the Camp Fire movement must continue forward toward those “unfinished goals.” Reminding ourselves of our rich history of inclusion, social action, and community response—and recognizing we hold power and privilege as an organization and network—we have a responsibility to further equity and access to all people.

Are you a Camp Fire alum? JOIN US as we continue Camp Fire’s world-changing history. Get connected on our Alumni Hub!