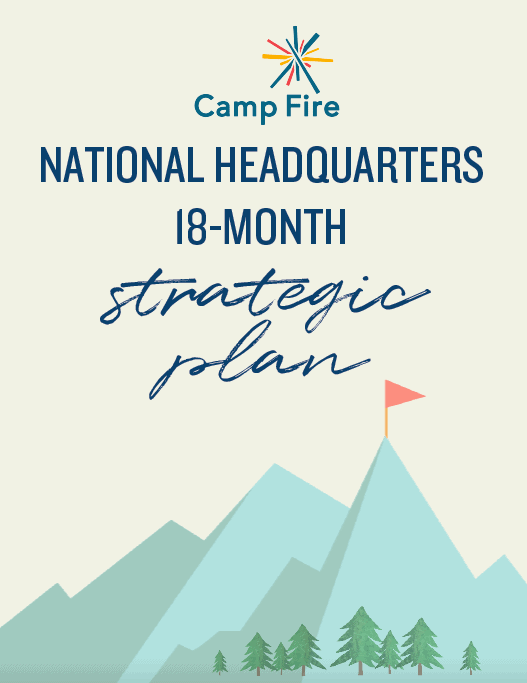 One of Camp Fire’s five interwoven strategic commitments is addressing and ending cultural appropriation. In 2020, Camp Fire began working with Thrive Paradigm to identify culturally appropriative elements of its programming and recommend changes aligned with Camp Fire’s values of equity and inclusivity. In April through July of last year, Thrive Paradigm helped Camp Fire establish a task force, conduct an audit and develop recommendations for changes and next steps.

The task force reiterated that Camp Fire has a long, rich history of positive youth development and that removing culturally appropriative practices doesn’t detract from that. Instead, making thoughtful changes to end cultural appropriation and acknowledging the harm that appropriation has done is right in line with Camp Fire’s founding mission to “guide young people on their journey to self-discovery.”

What is cultural appropriation?

Let’s start with the working definition Thrive Paradigm created together with Camp Fire:

Cultural Appropriation refers to a particular power dynamic in which members of a dominant culture take elements from the culture of people who have been systemically oppressed by that dominant group.

The adoption of these elements from another culture typically occurs without the consent of the people who belong to that culture and who have been historically marginalized.

Acts of appropriation and their implications are not determined by the intent or awareness of those engaged in such acts but are instead shaped by, and in turn shape, the social, economic, and political contexts in which they occur.

Undoing the harm that has been caused by cultural appropriation requires engaging in dialogue with individuals and communities that have been impacted.

“There are two elements that I like to uplift when talking about cultural appropriation: One is around power, and the other is around harm,” says Thrive Paradigm’s Jimena Quiroga Hopkins, one of the task force’s facilitators. “For me, it’s really about understanding cultural appropriation within the broader systems of power and oppression in this country. And secondly, what is the harm it is causing? That harm can be immediate or it can be long-term.”

The tool asked the task force to consider:

“I found the tool to be unique in that often when asked to do these types of things, it’s not specific enough for Indigenous communities,” says Barbara Mumby Huerta, a task force member and Open Society Racial Equality fellow. “Jimena was able to drill down to what those issues are in a really succinct way.”

“This process really had us considering the intent versus the impact of our organization for the last century,” shares Ben Matthews, Program Consultant, Diversity and Inclusion for Camp Fire National Headquarters. “Even if our founders had good intentions, we now understand the context and see how the homogenization and commodification of Indigenous cultures by Camp Fire have caused harm. The assessment tool makes you start to question where the power, the benefit, and the harm lie in a particular practice that we may have never questioned before.”

Through the audit, task members surfaced some common cultural appropriation themes in appropriated symbols and imagery, language and names, and ritual and ceremonial elements.

“In my experience doing this work, there’s a lot of ignorance about the history,” says Barbara. “At that time, religious practices were outlawed for Native people, but yet Caucasian children could freely explore, co-opt and exploit practices that we as Indigenous people would be killed for doing.” Learning, understanding, and sharing Native American history will be an important part of Camp Fire’s ongoing process.

Phase Two is already underway. Camp Fire is creating a self-assessment tool, based on the one the audit task force used, so all councils can do their own analysis. Councils will have the opportunity to identify and share best practices as they work to replace culturally appropriated practices and traditions. Camp Fire is developing a youth-led process, so young people can have a voice in creating those new elements. And there will be a professional development plan so Camp Fire staff can learn more about the history of Indigeous people and be trained on this vital issue.

Camp Fire will also be creating an advisory task force to explore the best way to “undo the harm.” This process is often called reparations, and it involves acknowledging the harm done, offering solutions to address that harm, and some kind of compensation for the suffering caused.

“Some kind of reparations need to happen,” says Jimena. “I don’t know what that looks like, but bringing the right people to the table to figure it out is part of moving forward.”

“One hundred percent,” Barbara agrees. “Prior to this unique point in time, these conversations would happen, processes would stop, but that’s where it ended. No one took advantage of this opportunity to take it to the next level and repair that harm. Reparations should be a cornerstone of this type of work.”

There aren’t many examples of nonprofit organizations who have gone through a reparations process—especially in the field of positive youth development. There is no simple model to point to or typical outcome to expect. Instead, Camp Fire and Indigenous communities will be working together to discover a path forward.

“I think that there is an opportunity to not just make a bold statement,” Jimena says, “but lead.”