You may have noticed that this year we’ve updated/expanded our inclusion statement which encompasses some things we hadn’t yet called out:

Camp Fire believes in the dignity and the intrinsic worth of every human being. We welcome, affirm, and support young people and adults of all abilities and disabilities, experiences, races, ethnicities, socio-economic backgrounds, sexual orientations, gender identities and expressions, religion and non-religion, citizenship and immigration status, and any other category people use to define themselves or others. We strive to create safe and inclusive environments that celebrate diversity and foster positive relationships.

This challenges us to live out our values. As part of our current strategic commitments work, Camp Fire embarked on a rewriting process to update the previous inclusion statement. This work was deeply personal for Ben Matthews, Camp Fire’s Diversity, Equity and Inclusion Specialist. (Ben uses they/them/their pronouns.)

“The inclusion statement was one of the things that brought me to Camp Fire,” Ben said. “I recognized that they added sexual orientation to their inclusion statement in 1993, which was before Ellen came out. As a queer kid in the ’90s, [Ellen coming out] was the milestone…It was the first time I’d heard about being queer publically.”

“It was important to me to know Camp Fire had that there before that conversation was happening nationally at that level—and right in the wake of the HIV/AIDS epidemic when there was so much stigma,” they said. “I knew this is an organization I want to be part of. Because they’ve seen me since 1993, really before I saw myself.”

Although the previous inclusion statement called out several broad categories and ended with “Everyone is welcome,” Ben stressed the importance of the specific.

“As someone from marginalized identities, ‘all,’ doesn’t always mean me,” they said. “I knew we wanted to change that and get more specific…Young people often assume you’re not going to be welcoming if you don’t say it explicitly.” Clearly detailing the inclusion of marginalized identities is a powerful way to affirm that, yes, you are part of “everyone.”

Ben also cited research from the UCLA School of Law Williams Institute that suggests specificity can benefit a wider group of people than just the identity named: “Anti-bullying laws that explicitly protect youth based on sexual orientation are associated with fewer suicide attempts among all youth, regardless of sexual orientation,” the report found. Diversity is good for everyone, not just those with specifically protected identities.

Ben drew a parallel with curb cuts: “Making a sidewalk wheelchair accessible didn’t take anything away from anyone,” they said. “If anything, it added the ability to now push strollers or that cart full of stuff from the store. It helps everyone.”

Acknowledging the importance of specificity, Camp Fire has also started using LGBTQ2S+. 2S is for Two Spirit. Two Spirit is a term designated for Native, Indigenous, and Alaska Native LGBTQ+ individuals. The word came from the Anishinabe language and means having both female and male spirits within one person. Two Spirit has a different meaning in different communities. (Source: https://www.tribal-institute.org/) 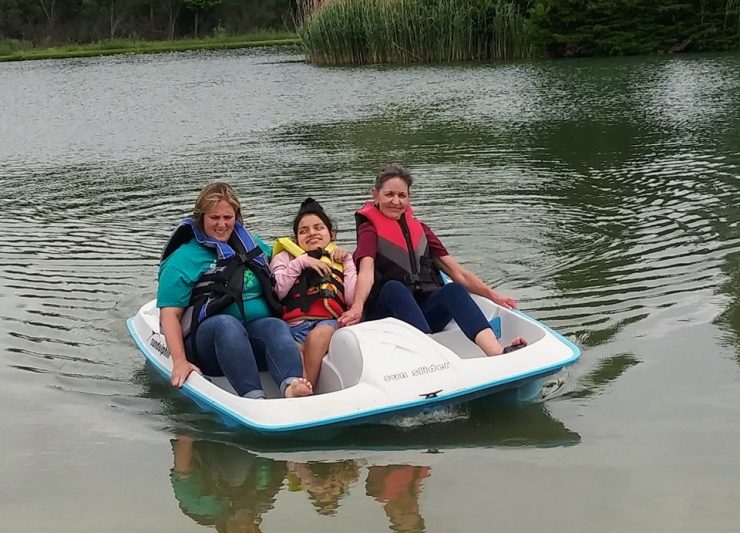 Camp Fire is on a journey to acknowledge and rectify our history of cultural appropriation. Part of this journey is recognizing the harm that has been done and working to build new, trusted relationships with Native and Indigenous communities. As we move forward into new partnerships and spaces, we want to honor the significant and largely unrecognized contributions of Two Spirit and Indigenous people. By adding 2S to our LGBTQ2S+ acronym we remind ourselves that without these contributions we would not be here today and hold space in the future of Camp Fire for Native, Indigenous, and Two Spirit people to we welcome, affirmed, celebrated, and supported.

The rewriting process started as a collaboration between Ben and Camp Fire National Headquater’s marketing team, with input from outside experts on what language would make specific populations feel seen. Then several members of the National Youth Advisory Cabinet weighed in, making sure the statement highlighted the part positive relationships played in inclusion. Ten Camp Fire councils who are part of the CAMPER (Camp Accessibility, Meaningful Participation, and Equal Representation) initiative were also involved in crafting the statement, and all national staff members had a chance to share their thoughts.

“It was super important for us to have a statement that young people could see themselves in,” Ben said. “We called out as many identities as we felt we could in that very long statement.”

Ben says having a strong inclusion statement can make a big impact on organizations like Camp Fire, not only in its ability to welcome more people, but in its own journey toward greater equity.

“Organizationally, it holds us accountable,” Ben says. “We’ve clearly and explicitly said, that it does matter which of these identities you hold, we are going to have a space for you. It gives folks permission to hold us to it.” 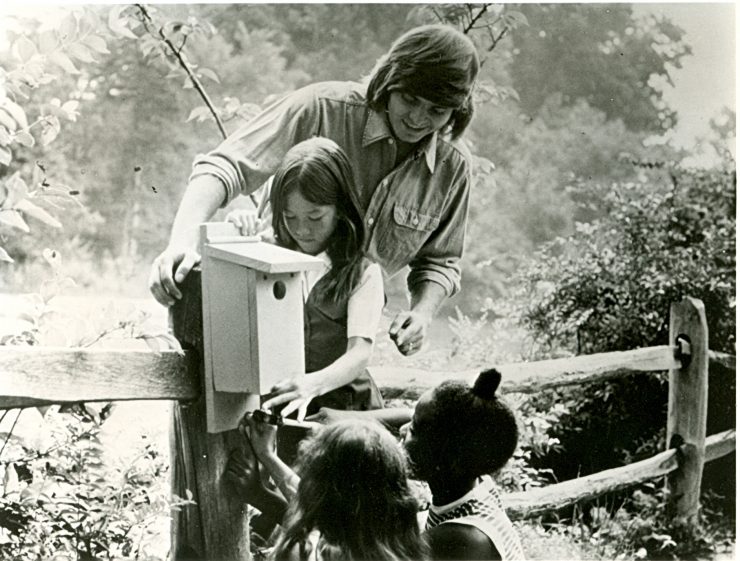 Camp Fire has a long history of upping the ante on inclusion, year by year, decade by decade. As the first multicultural, multiracial, non-sectarian organization for girls, the organization was a trailblazer in 1910. Ben referenced a watershed moment at the 1970 National Council Meeting (when the organization was centered on the experiences of girls). Delegates created “The Position Statement,” a reaffirmation of Camp Fire’s commitment to social action, awareness and involvement, which kicked off with some very familiar language:

We believe in providing girls with experiences to help them develop a responsible attitude toward society and to improve social conditions;

We believe as a girl grows to accept herself she is better able to accept and love others;

We believe in experiences of all kinds for girls which stimulate curiosity, result in learning, provide renewal and adventure;

We believe in the preservation, development, and wise use of human and natural resources;

We believe in strengthening and exemplifying the highest standards of a free and democratic society, ever mindful of the need for equal opportunity and justice.

Recognizing that Camp Fire Girls has always maintained a policy of openness to and acceptance of all adults and girls in its program and organization regardless of race, religious belief or national origin, and recognizing the extraordinary conditions we find present in America today, we submit that our survival as individuals and as a society demands that Camp Fire Girls reaffirm this agency’s involvement in bringing about social change in areas of:

Ben reflects that the new statement puts Camp Fire’s approach to inclusion directly in line with its history—and acknowledges we’re still in process.

“I think one of my favorite parts of it is that very last piece, ‘any other category people use to define themselves or others,’” Ben says. “We’re recognizing that this is not done. We didn’t get everyone in this list, but we’re still thinking about you…You’re still welcome.”