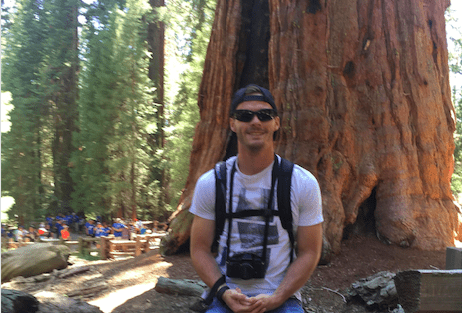 When a book on growth mindset becomes a young man’s go-to college companion — one he shared with his roommate who was struggling with challenging life decisions — it’s clear that tenacity and courage (the cornerstones of a growth mindset) have sunk in, and sunk in deep.

In conversation with Jakob D., a Camp Fire alumni and college senior, he shared how Camp Fire first introduced him to Carol Dweck’s book, Mindset: The New Psychology of Success.

“I learned to never give up, to always keep trying. I never doubted a solution would eventually come to me. And I trusted that though the solution may not be perfect, there’s often perfection in the imperfection,” Jakob articulated.

Jakob has learned what many adults still struggle to master. “I relax in the moment,” he shared. “I find happiness and joy in the simple things. I take pride in my work.”

Jakob recounts his experience as a Camp Fire camp counselor as work he was especially proud of. When the youth he was working with were particularly frustrated, he had them approach the problem without speaking. “Though it took more time, the kids learned that slowing down is actually a good thing. It made them focus. They learned to be more deliberate, using hand signals to communicate between them. And they solved the problem.”

Though Jakob said he would have loved to have taken credit for the idea of adopting silence to work through a group challenge, he deferred to Camp Fire. “I learned the idea from my elders,” he said.

Jakob concludes by circling back to a growth mindset. He is convinced that what he learned from Camp Fire has been the underpinning of living his life with forward momentum.

“I keep trying to learn new skill sets. I don’t get stuck,” Jakob states emphatically. And when he does? He refers back to his book. “It always helps,” he concludes.

Jakob is set to graduate in December 2017 with a major in computer science. We are inspired by Jakob’s story and can’t wait to see where he goes next!

Watch Carol Dweck’s TED TALK on The Power of Believing You Can Improve to see in action what Jakob is putting in action, and why it’s pillar of all of Camp Fire’s programs.