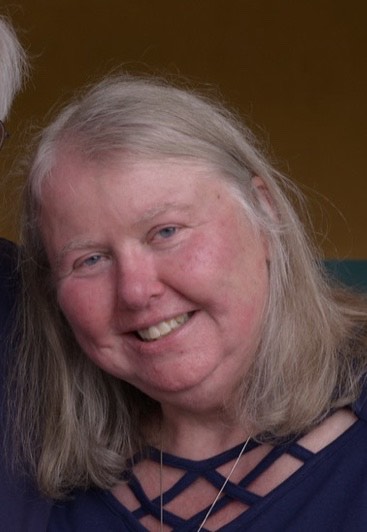 As her home camp Camp Sealth celebrates its 100th year, alumnus Lorrie Scott is looking back over her own six decades of dedication to Camp Fire. Lorrie has filled practically every role available to Camp Fire devotees: childhood member, adult leader, council board member, volunteer, staff member, conference instructor, and more. And she’s carved out a special niche as the volunteer coordinator of Camp Fire Central Puget Sound’s museum archives.

In the 1970s, some of the council’s older volunteers had started to organize, code and classify the council’s many boxes of photographs and historical materials. One volunteer invited Lorrie to see their progress. “I went in there, and I was hooked!” Lorrie says. “I was 35, so they used me to lift all the heavy boxes. I wanted to see everything, touch everything!” She joined their efforts and never looked back.

Now, Lorrie heads a committee of about a dozen other local Camp Fire history buffs. Right now, they don’t have a permanent home for exhibits, but they can bring mobile displays to events and different council locations. The historical archives live at Camp Sealth. Three years ago, they received a grant that helped them buy archival storage boxes to better preserve items like ceremonial gowns. Lorrie’s team is now cataloguing, digitizing and attempting to identify thousands of photographs.

Lorrie knows that every photograph holds stories of how Camp Fire has changed the lives of its members. Her own Camp Fire tale? It’s all about belonging. 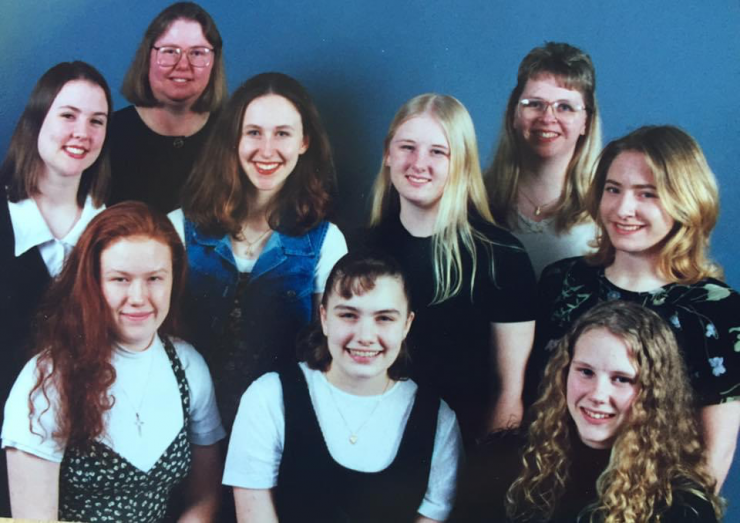 Lorrie’s early school days were lonely. She missed part of her kindergarten year due to severe illness. For first grade, her overcrowded district bussed her to another school, where she didn’t know anyone. Late in the school year, a Camp Fire leader came to the class to hand out brochures.

“There was a picture of a lonely, sad little girl,” remembers Lorrie. “I thought, that’s me!” The brochure also showed a group of happy girls in Camp Fire uniforms. Lorrie wanted that kind of friendship.

She took the brochure home, her mother filled it out, and, just like that, Lorrie found her place.

“I still have that brochure,” says Lorrie.

By third grade, Lorrie’s mother had become her Camp Fire group’s leader, and Lorrie continued to expand her Camp Fire involvement. By high school, she was in one of Seattle-King County’s many Horizons Clubs, with thousands of members in clubs spread out over multiple districts. One year, the high school officers chose Vietnam as the focus for their service work. They found out about a Seattle native, Dr. Patricia Smith, who needed bandages for the hospital she started in the Kontum region of Vietnam.

“We went and got sheets, everywhere we could find sheets, took the seams out, cut them in 2 or 3-inch wide strips, rolled them into bandages really tightly, and fit them into coffee cans,” Lorrie remembers. “And we sent thousands of these to Vietnam. [Dr. Smith] needed them, and she kept asking for more.”

Lorrie says this project made her more aware of the war she saw playing out on the nightly news. Camp Fire service projects kick-started her lifelong commitment to helping others. “If there is a volunteer need, I do it,” says Lorrie, who has given her time to the Goodwill Games, Bikes 4 Humanity and as a docent for a local lighthouse. 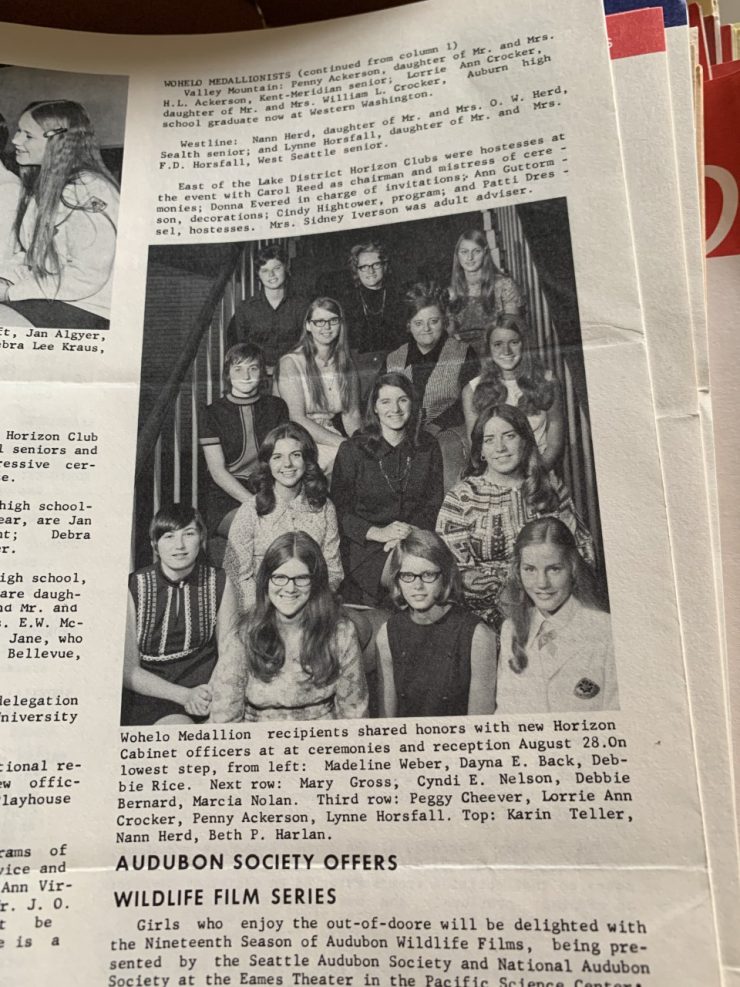 Another way Camp Fire altered the trajectory of her life was the nudge it gave her to continue her education. Lorrie was determined to become a camp counselor after high school. At that time, there was a requirement that counselors had to have a year of college under their belts. But college wasn’t an expectation in her family. Neither of her parents and none of her relatives had gone to college, and many hadn’t finished high school, either.

“I was not going to miss being a camp counselor!” says Lorrie. “I knew I was going to college from the time I was in sixth grade.”

So Lorrie majored in recreation and spent her summers working at Camp Fire camps in Washington and Ohio, where she had visited during a camp exchange program in high school. In her adult life, Camp Fire continued to claim a large part of her time and heart. She’s done everything from running day camps to teaching self-reliance classes. She took on leadership roles and pitched in where necessary. She’s been in both paid and volunteer positions. “At that point, I didn’t really care, as long as I was involved!” Lorrie says. “Whatever came up, I’d give it a try.”

Now she hopes to pass on Camp Fire values to her grandchildren, two of whom are in the group Lorrie leads now. Lorrie knows the experiences they have now will have a big impact on their futures. After all, the friends she made in Camp Fire group are still her friends today; they stay in touch on Facebook and with regular meet-ups.

“Even though group programs were our strength and backbone, those of us who stayed really, really close met at camp,” Lorrie says. “We still get together three or four times a year, sing our songs around the campfire and remember those we’ve lost.

I just think: Wow. I’m part of this group of people who have lasted together over 50 years!”