Maurine Kornfeld is a legend, and not just because the world-record-breaking swimmer was inducted into the U.S. Masters Swimming Hall of Fame at 97.

Born in 1921 in Great Falls, Montana, Maurine learned to swim as a child but didn’t take up the sport seriously until she was in her 60s. A chance encounter with a masters swim team at a YMCA piqued her curiosity, and before she knew it, 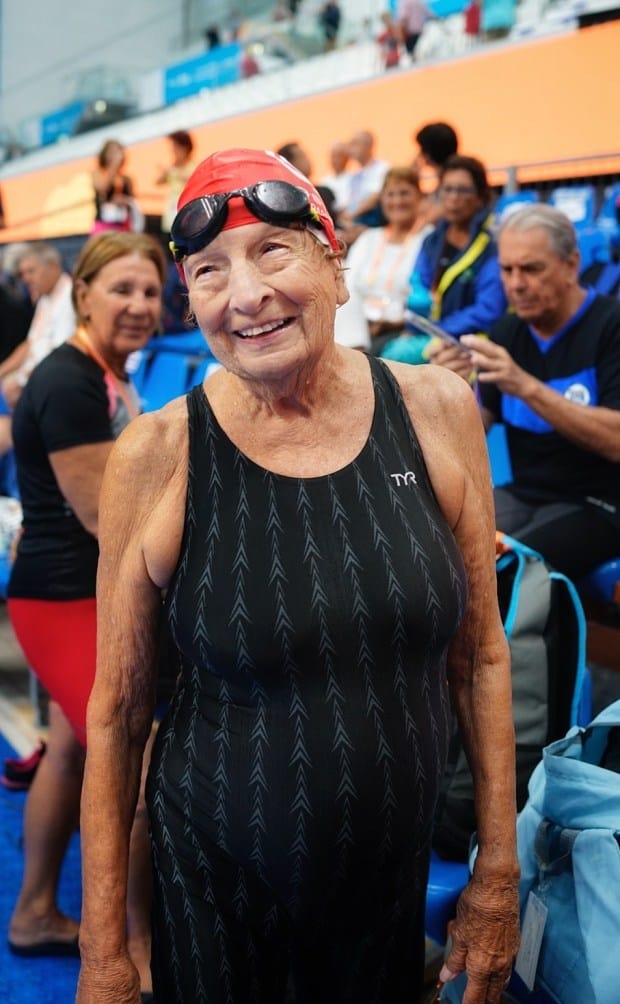 she was winning age-group medals at meets. She never looked back. She’s logged more than 1,000 official swims and currently holds 32 records.

Above and beyond her athletic achievements, the Camp Fire alumna is known for her work ethic (she drives to the Rose Bowl Aquatics Center every day to practice), her jovial spirit (her teammates rave about how “Mighty Mo” holds court after workouts in the hot tub), and her life-long commitment to service.

Maurine says that heart for helping others started with Camp Fire.

Maurine was part of a Depression-era Bluebird club that met every Tuesday afternoon. They would wear their uniforms (navy blue skirts and white tops with ties) to school, so they were ready for the after-school club, lead by one of the high school teachers. They learned how to handcraft and sew and sang Camp Fire songs. They practiced target shooting with rifles, but Maurine opted out of that activity. (“Even in the Wild West!” she laughs.) She remembers one project in particular, where they made clothing for a local family in need. 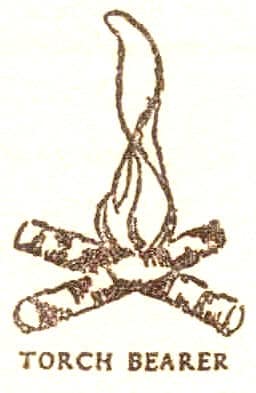 “That was an integral part of Camp Fire—the idea of service,” Maurine says. “I suppose that stuck with me. I became a social worker!”

When she was 10, Maurine graduated into the Camp Fire Girls and eventually earned her Torch Bearer award. (Similar to today’s Wohelo Award.) She still has the Torch Bearer candlestick, made from local Montana copper, displayed proudly in her Los Angeles home.

She spent several years serving as a Camp Fire Girls Guardian in Great Falls before taking the leadership skills she learned into the wider world. Maurine studied at the University of Chicago, where she earned her master’s degree insocial work, and then moved to Los Angeles, where she worked for the LA school district, the National Council of Jewish Women and the Cedars-Sinai Medical Center. Today—in addition to smashing swimming records—she serves as a docent at the Los Angeles County Museum of Art. And she can still be heard breaking into a Camp Fire song every now and then.

“I have a warm place in my heart for Camp Fire,” Maurine says. “It was a very important character-building activity.”

Maurine is just one of thousands of Camp Fire alumni inspiring others by sharing their sparks. Some have reached celebrity status (from Shirley Temple to Madonna). Some are even running for president (Elizabeth Warren and Amy Klobuchar). Even more are quietly making a difference in their cities and neighborhoods…and we want to hear about them!

Who is your Maurine Kornfeld?

We want to hear your stories about alumni who are living Camp Fire values out loud!