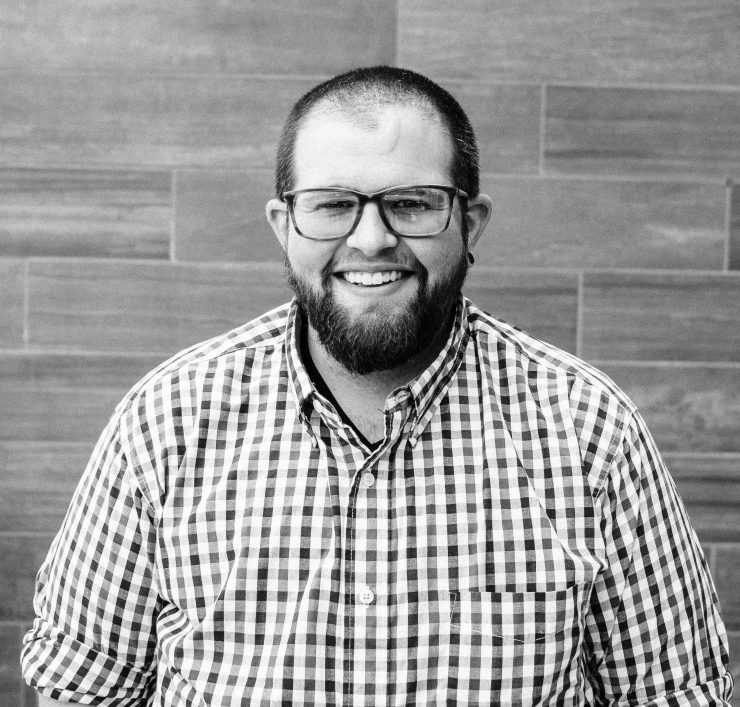 Some of those barriers are practical: Additional housing for trans and gender-nonconforming youth, updates to camp facilities, and financial assistance, for example. But it’s more than that.

“A lot of it is in education: We want to make sure all staff are ready and willing to have conversations about identities that they might not have experience in before,” Ben says. “And it’s really important to listen to the youth [from those populations] we’re already serving: How can we make you feel more comfortable? How can we show you we value not just one of your identities, but your entire authentic self?”

Although Camp Fire has a long history of valuing inclusion, Ben says that the grant will help Camp Fire approach these questions even more proactively.

“What has happened before is a youth will show up, identify as trans, and then the camp makes accommodations because they are there,” Ben says. The CAMPER program will help camps be ready for underserved youth before they arrive and include welcoming language in their program descriptions and marketing materials.

“We want to be able to say, we’ve already thought about you and what you need,” Ben says, “and we’re still open to learning and growing.”

Diversity, inclusion and equity (DEI) aren’t new concepts for Camp Fire. “Those were core values of Camp Fire in its creation,” Ben says. “They were trying to create opportunities for young women who didn’t have them.” Ben’s role and this grant will make those values a reality for more kids, in more places.

“Camp Fire has been intentionally trying to serve youth who don’t have a place in other youth organizations,” Ben says. “That’s what brought me to Camp Fire, made me fall in love with Camp Fire, and will keep me here.”

Ben identifies as transmasculine. (Ben uses the pronouns he/him or they/them and prefers they/them when referencing them directly.) Growing up in rural Oklahoma, Ben didn’t have the language or community resources to support their identity. They coasted through high school and college, then fell into an IT career by chance. Ben spent 10 years in IT customer service, where they managed a team of student workers. “That was my rough intro to youth development work!” Ben says. 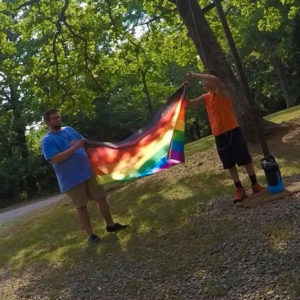 In their early 20s, Ben realized they needed to pursue transitioning and began attending support groups. As Ben went on their own personal journey, they also began reaching out to others. Through Oklahomans for Equality, they got connected to Youth Services of Tulsa, which was partnering with Camp Fire Green Country on a social justice weekend program for teens. The program was looking for adult volunteers.

“I didn’t have any background in youth development, and I was pretty terrified of young people because of how uncomfortable that time was for me,” Ben says about their initial hesitations to help out. But Ben had also harbored dreams of being a camp counselor. They grew up going to church camp but thought their identity would be a challenge in most faith-based camps. This was a new opportunity. They decided to go for it.

“It’s one of the best decisions I ever made, other than deciding to transition, myself,” Ben says. They were inspired by how youth-led the programming was (youth plan the yearly leadership retreat themselves with help from adult staff and volunteers). They also saw how the young people involved had the inclusive and supportive language and community resources—” and all of the Tumblr feeds”—that Ben didn’t have growing up. Ben was in.

They began volunteering regularly with Camp Fire while still living in rural Oklahoma.

“The young people I was working with gave me the tools and confidence I needed to start having conversations with other adults,” Ben says.

Ben began speaking at businesses and universities and training others about trans identities. Eventually, they moved to Tulsa to be closer to their volunteer work and started leading a support group for trans and gender nonconforming teens. Before Ben knew it, they had developed an entirely new résumé focused on social justice work—one that helped them get the job when a DEI program manager position opened at Camp Fire Green Country.

Ben’s first year at Green Country flew by with helping facilitate DEI programs in middle schools and high schools and launching Camp Fire’s very first specific summer camp session for LGBTQ+ kids. The success of that pilot program motivated Camp Fire’s national headquarters to seek out grant funding to be able to do more camp outreach for underserved populations. And, full-circle, that CAMPER grant led to the creation of the national headquarters role Ben inhabits now.

Ben didn’t think they were ready for it at first. It was their dream job, but Ben didn’t expect it to be a possibility so soon. “Honestly, it freaked me out,” Ben laughs. “It was part of my five-year plan, but it became my five-week plan!” With the encouragement of their manager, Ben applied and then was offered the position.

From accidental IT manager to fully committed youth development worker, Ben has truly found their spark. “I have the opportunity to be the adult I wish I had had in my life as a young person,” Ben says. s

Want to know more (or help with!) Camp Fire’s DEI work or the CAMPER grant? Contact Ben at ben.matthews@campfire.org.