Camp Fire is founded on the belief that young people want to shape the world. Camp Fire doesn’t just sponsor programs for young people. It’s a platform for young people to create their own programs and engage with their communities, on their own terms. Positive youth development folks call this “youth voice.” It’s the practice of giving young people the tools they need to lead, then stepping back and watching the incredible happen.

Across the country, Teens in Action groups are mentored by adults but run by members themselves. Their focus is making an impact in their communities. 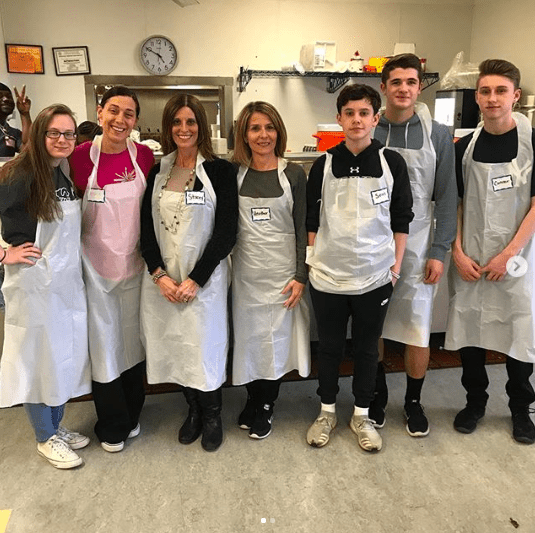 Camp Fire New Jersey’s Teens On Fire program began in 2012 when teenagers approached leaders to ask if they could start a program to mentor middle schoolers. Since then, Teens On Fire has grown significantly.Teens from all across Mercer County sign up for community service and leadership training sessions held twice a week. The council is contemplating adding a third weekly session because demand is so high. Not only are New Jersey teenagers learning new skills, investing in their communities and finding fresh ways to make a difference—they are also connecting with each other.

“We’re putting people together who otherwise wouldn’t be,” says Jessica Nitti, Camp Fire New Jersey’s Executive Director, of the cross-county cohort of 50+ teen volunteers. “They are learning to make friendships outside of their comfort zones.”

Through the sessions, teens are serving in soup kitchens, visiting senior citizens, putting together backpacks of supplies for homeless children, recording PSAs at Ryder University, and more.

“We’re hearing kids say, ‘I never knew this was something I would enjoy, but I love it, and I want to do more,’” says Jessica. “It’s igniting sparks they didn’t realize they had inside of them.”

Some Teens On Fire members have even gone on to get part-time jobs at the nonprofits they were introduced to as volunteers.

Camp Fire New Jersey is currently helping Teens On Fire attendees expand their leadership roles by having members design and execute their own community service projects this fall.

“The program is really strong,” says Jessica. “The kids want to be a part of it. They want to serve. They want these opportunities.”

FIND A TEENS IN ACTION PROGRAM NEAR YOU

In addition to the collaborative engagement of Teens in Action programs, Camp Fire teenagers can undertake their own self-directed WoHeLo Award projects. The highest achievement in Camp Fire, the award is a three-year long series of inner explorations and advocacy projects that flex the participant’s Thrive(ology} skills: identifying your sparks, having a growth mindset, setting goals and reflection. It takes dedication and commitment to complete. More than 100 Camp Fire teens work on their award each year, but only a few dozen achieve it. 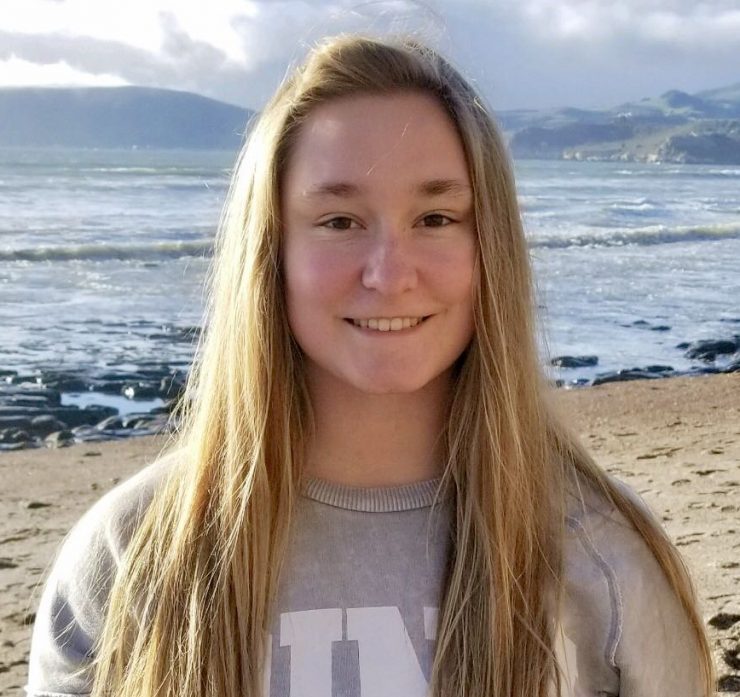 Nikki McCann was one of those recipients, for her project “Teen Leadership, Education and Learning Compassion Through Service.”

“I started being involved in Camp Fire when I was three. Every year I would watch the big kids get their WoHeLo Awards at the ceremony,” Nikki remembers. “It was just the most amazing thing ever. I thought: I totally have to do that.”

When Nikki was in middle school, she was in a leadership program. Her early Camp Fire experiences had prepared her for the experience, but she noticed quite a few of her peers were uncomfortable expressing their feelings and afraid of being judged for being different. She decided her future WoHeLo Award project would help her fellow young people get comfortable standing out.

“I wanted to show people they can get involved and see what a difference they could make,” says Nikki.

Three years ago, Nikki began working on her WoHeLo Award in earnest. She developed a Teen Leadership Retreat based on the book The 7 Habits of Highly Effective Teens. She put on three retreats with 30 attendees each. From a particularly impactful blindfolded canoe race exercise to the teens-only campfire reflection time at the end, the retreat met the goal Nikki had made years ago in middle school.

“It was really amazing to see how comfortable participants had become and how open they were willing to be,” she says.

Nikki followed up the retreat by developing a speech on learning compassion through service that she gave throughout the community. She also organized service projects at school and public libraries. When it was finally time to receive her WoHeLo Award, Nikki said the moment was surreal. “I could see all the little kids looking up at me and feeling the same thing I did when I was their age,” she says. “It was a great feeling.” 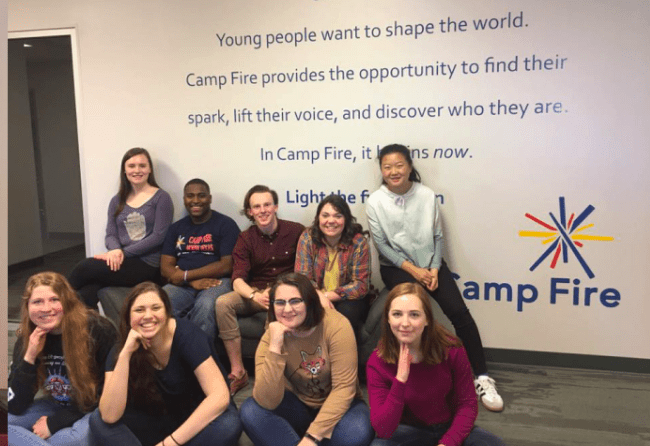 Nikki is now using the leadership skills she’s honed on the National Youth Advisory Cabinet and as a junior trustee on her local council’s board. She wants to study forensics at Vanderbilt or Stanford and run a nonprofit after college. She encourages other Camp Fire-ers to pursue the WoHeLo Award.

“Definitely go for it!,” Nikki says. “It teaches you what you can do and the power you really have.”